As stated earlier, one of the main goal of the incubator program is to give projects the time to adopt "The Apache Way". As such, it took us a bit of time to get the entire process straightened out. We went through 2 0.50 release candidates (RC1 and RC2) before this 0.60 release got accepted. Since the main purpose of this release was to work through the legal formalities that come with an ASF release, 0.60 is a code only release. We already started working on 0.70, which will be a complete release, including binaries. Once 0.70 has been released, moving towards a 1.0 release should be smooth sailing.

Check our downloads page for the 0.60 source code (build instructions) or a recent nightly build.

Our last pre-ASF pre-release was 0.30, back in July 2020. It goes without saying that a lot has happened since then. Check our monthly roundups for August, September and October, November and December to catch up on the details.

The following sections cover the highlights of the 0.60 release:

A lot of effort was spent on Hop Gui. Here’s a chronological overview of the most important changes:

With the increasing amount of metadata items, plugins etc, we added category support to the various popup dialogs. At the top of the dialog, Hop users can expand or collapse all categories and can enable or disable the categorization of the available items. 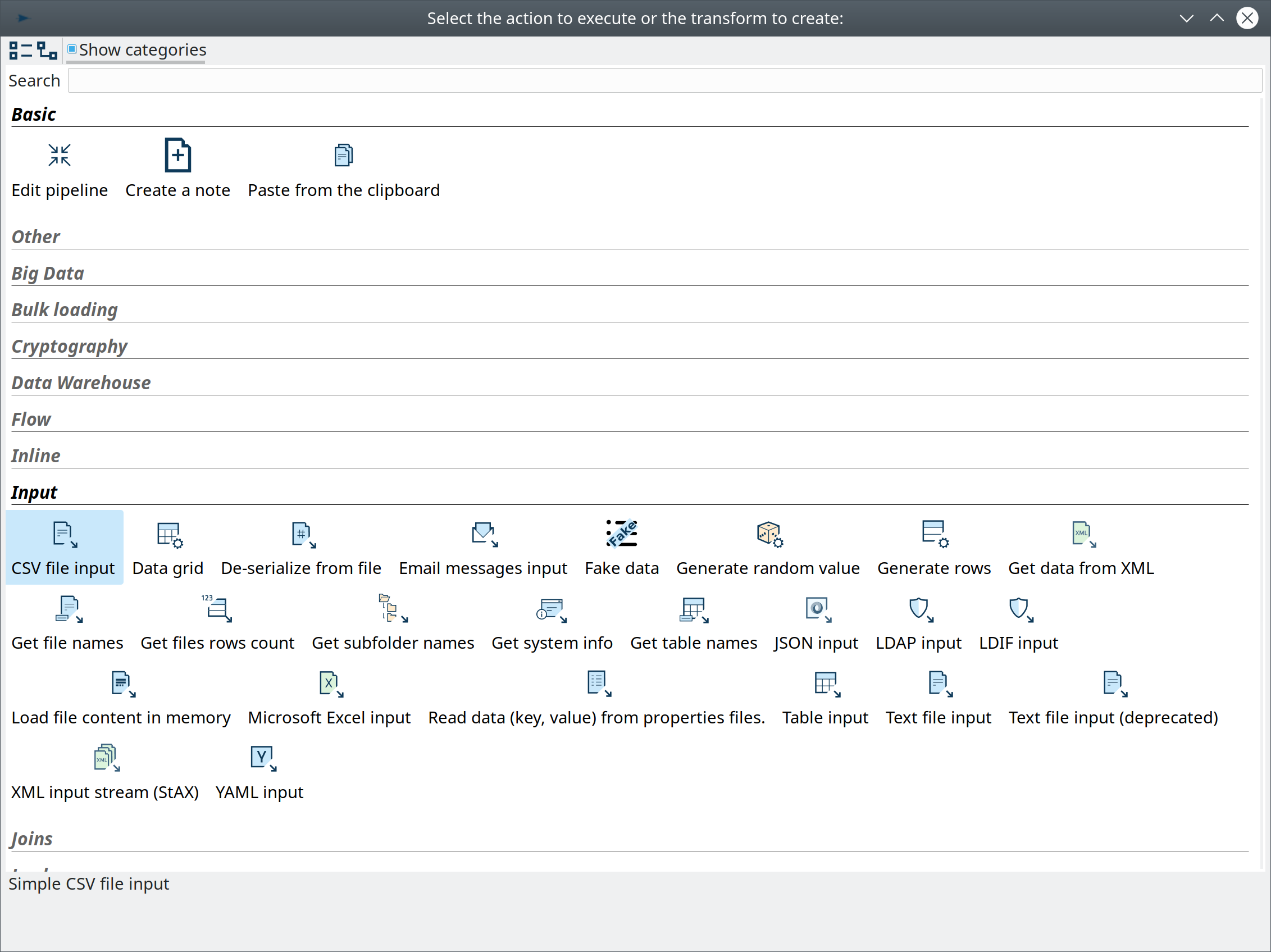 The Hop Gui look and feel received updates, with a variety of new icons, hop colors and more to significantly improve the user experience.

A lot of metadata operations (relational, database connections, runtime configurations etc) had their own pop-up configuration dialogs. These various pop-ups were grouped in one central metadata configuration perpective.

Although not spectacular in itself, this little menu item gives you a full svg (scalable) export of your workflow or pipeline graph. For Hop, this is a first step towards self documenting workflows and pipelines. 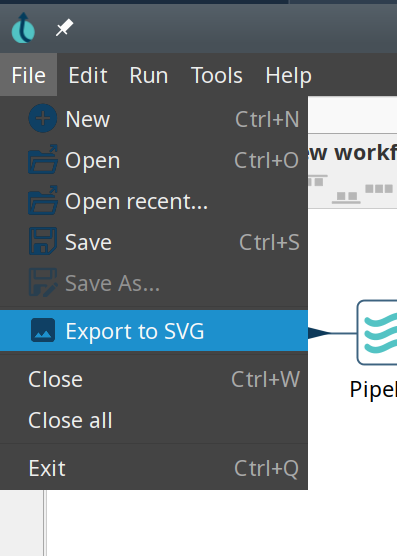 A number of new plugins were added to Hop or were ported from Kettle/PDI:

With the agressive changes and new development that happened over the last year, documentation was not at the top of our priority list in the first half of 2020. We caught up, though. Although the Hop documentation is not complete yet, we’ve come a long way:

Hop now has an integration testing framework that is included in our daily build. Since the introduction (mid-December) of this testing framework, the Hop developers have found and fixed a number of bugs that may have been in the code for over a decade! 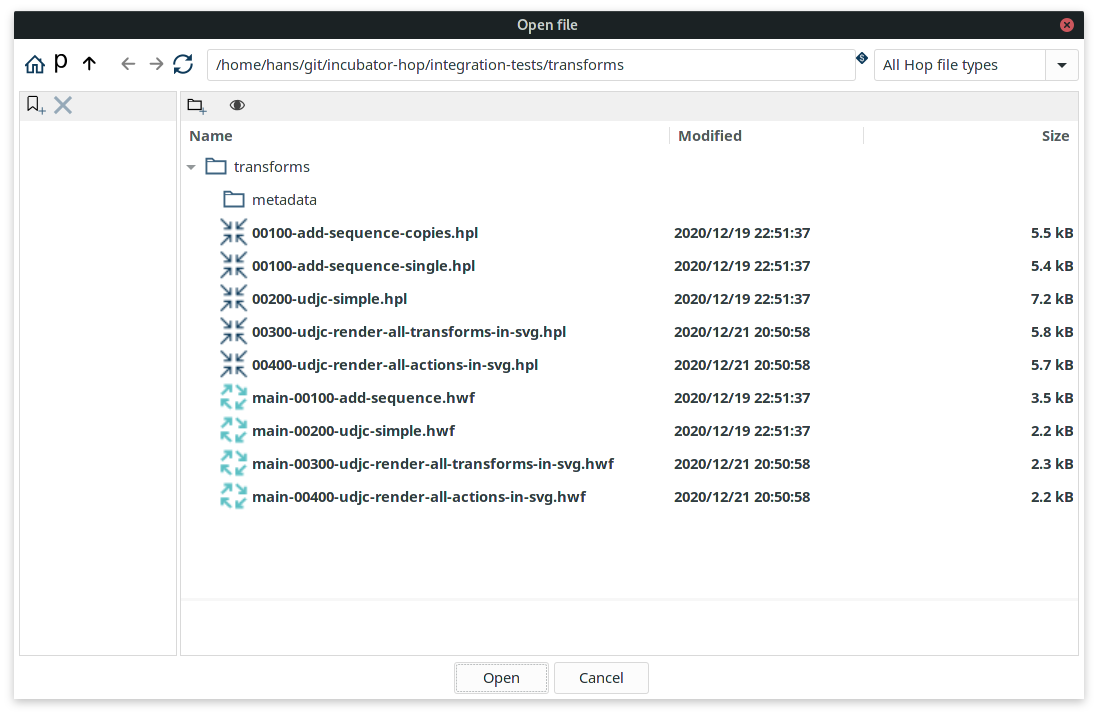 Hop now supports metadata injection, which allows pipelines to run with metadata that is supplied at runtime.

The separate Dockerfile and configuration were moved to the main Hop repository.

A Hop Docker image is now one docker pull away through Docker Hub.

Work on Kubernetes continues in the separate repository.

Last but definitely not least: our community has grown significantly over the last months. As stated before, with community, Hop would be nothing but a coding club. We’re happy to see the Hop community and number of committers and contributors grow steadily.

The number of people actively involved in Apache Hop (Incubating) are:

Following and interacting with Apache Hop (Incubating) on chat and social media: